A downloadable game for Windows, macOS, and Linux

Planetfriend is a desktop planet pet made by Laura Michet and Brendon Chung. We built it on the weekends over the first two months of Covid-19 quarantine.

Let your pet planet grow over time, or intervene to push its development into strange directions more quickly.

Note: Planetfriend is moddable! There's a readme.txt that explains how to change the game's art and scripting. You could potentially mod your planet to automatically Rapture everyone. That's a choice you could make

Hellow, I play the Linux build and it's running ok. I can "play" the game, but no text is shown. The buttons appear empty and unstyled (Simple colored squares) and things like that, so it's impossible to know what am I making or the status of the current planet.

I just see a black screen with music, is there a way I can fix this? I'm playing on pc.

so im stupid, how exactly do i play the game. like how do i open it to play cause every time i click ( open ) on it it bring me to files T^T

When you unzip the download and navigate to the folder filled with files, you should run the executable. It is planetfriend.exe 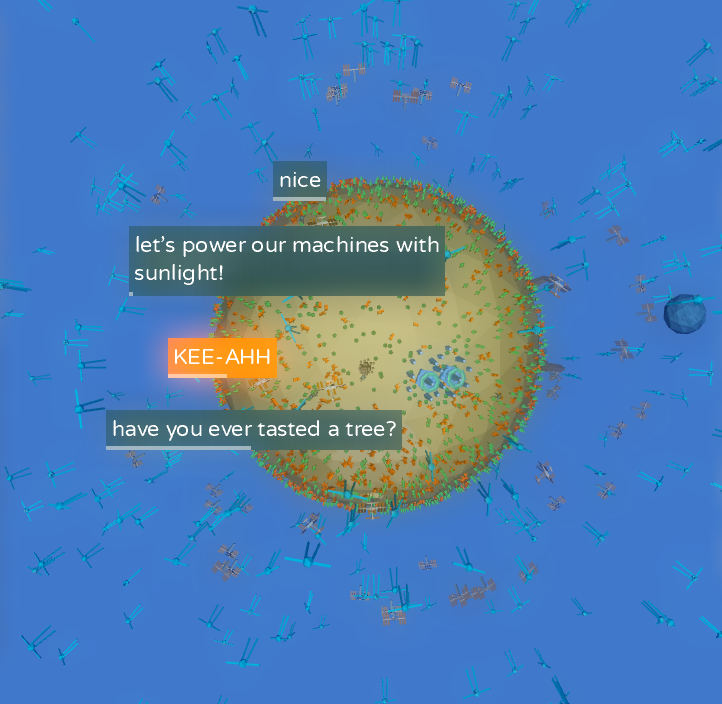 Love the game, especially the chill nature! The only thing that slightly frustrated me when I started is what the stats where on the right, but apart from that an amazing game!

A fun and unexpectedly absorbing... game? Virtual 'pet?' Whatever it is, I like it! I'm still figuring out how stats interact with each other and am trying to shepherd a civilization into leaving the planet and becoming a space-faring people or doing something with their psychic powers, though I'm not sure if either is actually possible: I'm basing it on word-bubbles, specifically the one about colonizing the moon and the multiple ones that accompany the brains that appear on the planet. I've had a couple wars so far and several close calls re: animal extinction, but juggling these conditions is fun and kind of addictive. I also like the almost literal framing device of the satellite/spacecraft viewscreen and the recurring humor (ex. someone heard that god creates lasers, someone else demanding they make a laser couch) is always good for a chuckle.

I admit, I've also enjoyed bombarding the planet with meteors when I start getting frustrated by the little cyclopean peoples' inability to do what I want them to do, which makes me think I probably shouldn't be in charge of an actual planet. Anyway, great job!

Very cute game, neat visuals. I like the concept, it's fun to turn everything on and watch the planet go disco.

Hi OSX/Mac folks, some things got fixed and it should now start up correctly now.

Fun to mess around for a bit. Thanks for Linux build :)

can you please add a speed up button 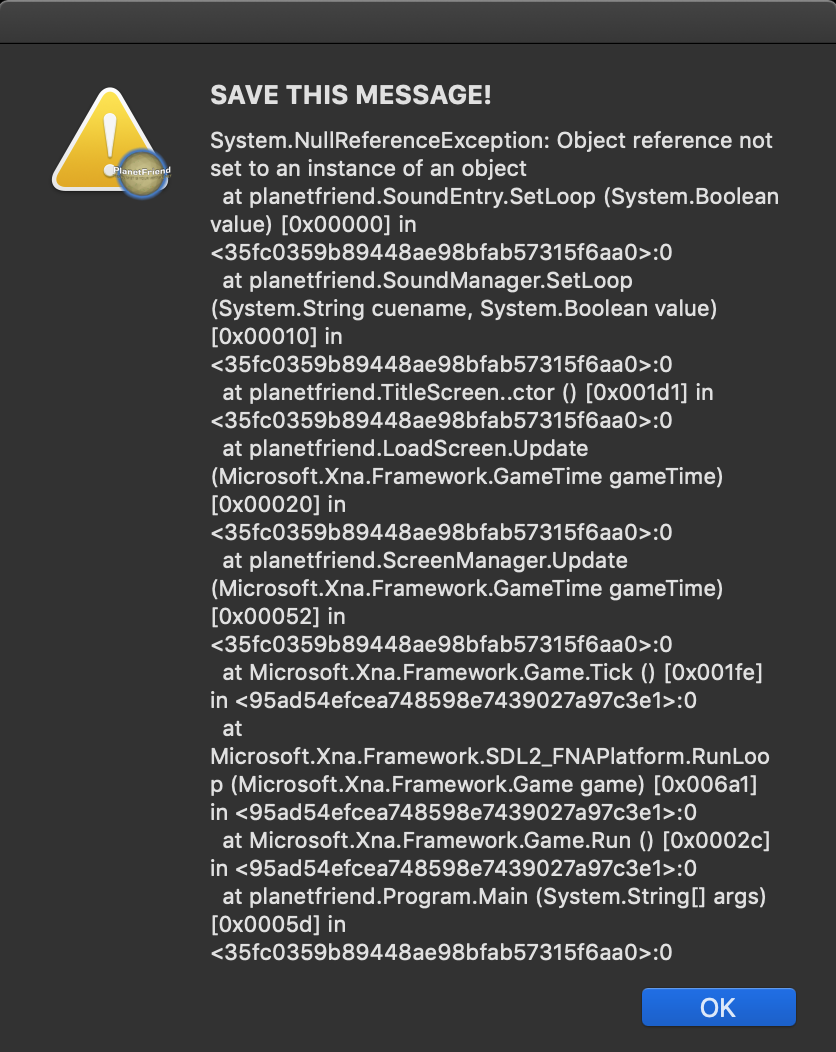 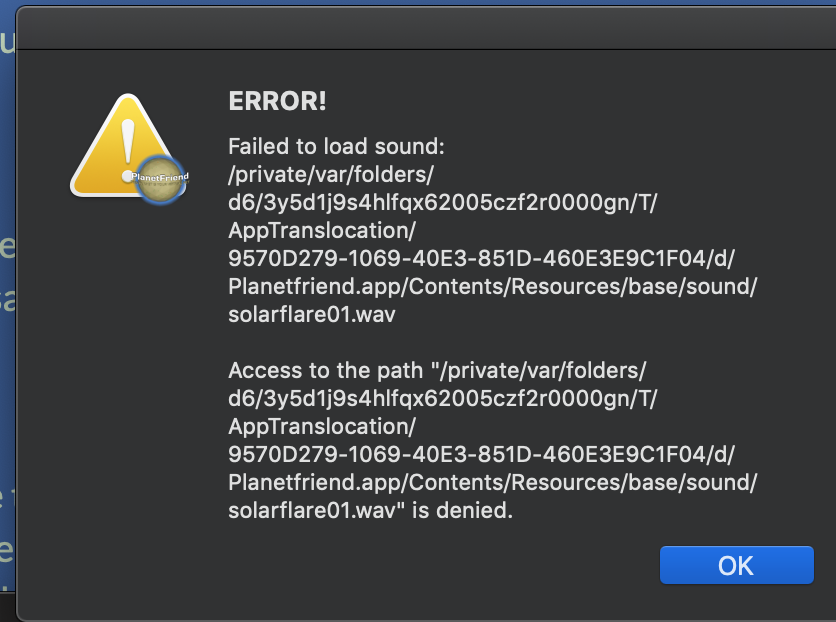 The new build fixes this!

Please re-download and it should run okay now.

Only black screen and music :(

downloaded the new version [version 4]. only opens a black screen with music.

What platform are you playing on (PC? Linux with Wine? etc), and what language/region is your system using?

ah PC, US region sorry i should have added that in the original reply.

We uploaded a new build - can you see if it works on your system?

If it doesn't work, can you please let us know:

Hi! The new build should fix the "Invalid wordubble color" bug. Redownload the game, and it should work now. 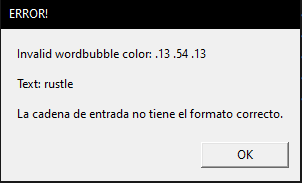 Translation: The chain doesn't have the correct format.

Hi, i wanted to try your game, i thought its a cool idea, but i have a problem, each time a speech buble apears, a error apears and focus the game out, freezing the game. It doesn´t shut down the game, but is anoying.

Yep, I'm having the same problem. 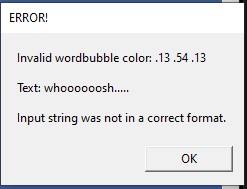 edit: Ah,i figured it out, you have to change your windows regional format to English (USA), I'm brazilian so mine was set for portuguese (BR), I imagine yours is set to spanish.

On windows 10 it's under time & language > region

Though this is something the devs should handle on their side eventually.

Reply
a certain cat15 days ago

Please help I can't figure out how to change the settings

the Options button opens a text file. You can change "true" to "false" and vice versa to turn things on and off. See below:

Reply
a certain cat14 days ago

thx I'm not gooding at memorizing all this coding luanguage stuff sory. 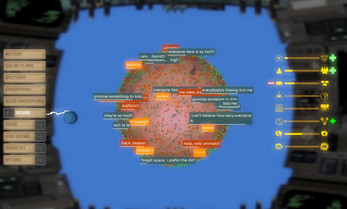 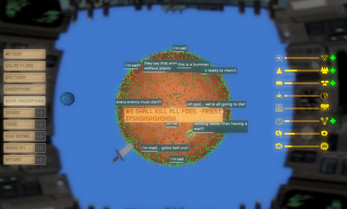 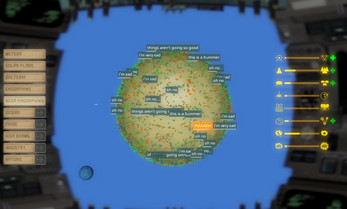