A downloadable game for Windows and macOS

The Hunt began as an attempt to make THE LITERAL GAME STRATEGO IN TWINE. I told someone I could do it, so I tried, and it turns out that the stuff I thought would be hard-- making a big interactive map-- was actually really really damn easy.

So I taught myself a bit of javascript and wrote a macro to tile a map and save it every time the game was run. Then I hooked up an events system and a day/night cycle and another few little things and suddenly it wasn't Stratego, it was an exploration RPG with an overworld map.

My idea was to tell a story about a coming-of-age ritual for an alien growing up in the ranks of a sort of Evil Alien Empire. I wanted the experience to focus on learning about the character and their alien culture by deciphering euphemisms and light jargon. There would be three character classes, each representing a different specific person, so to speak, in the alien empire.

The random tile events, once I wrote them, would affect several different currencies, including three hidden currencies: hunger, rest, and stress. Whenever stress rose a rank, it would trigger the ability for the player to have a TERRIBLE NIGHTMARE when they tried to sleep. The nightmares would be the chief way of learning about the character's backstory.

I only ever wrote the nightmares for the underdog weakling character, the murecco. For the purposes of this jam build I have hooked up the murecco's nightmares directly to the rest system. In the final version of the game, it would have been impossible to see more than three nightmares at a time out of the nine available, so you'd need to play several times with one character to learn everything about them.

I honestly still love this idea of combining a tactical hunting game on an explorable tile map with randomized event storytelling and DANGEROUS NIGHTMARES, but I do not want to finish this game in Twine. I only uploaded this file for the Bring Out Your Dead jam. I would still love to make this game someday, perhaps with a group of people, though.

You can now play The Hunt online here

To play the game:

To see the game source: 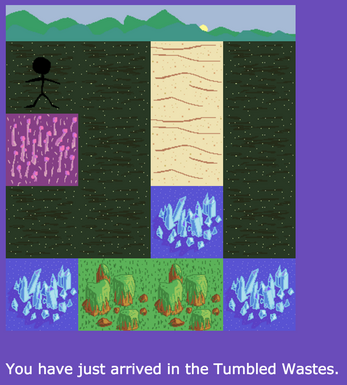 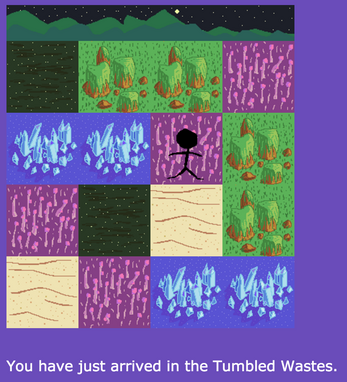